What goes on inside that HVACR thing called the condenser?

The condenser is the component in a refrigeration or air conditioning system that removes and rejects heat from the high-temperature, high-pressure vapor. The heat in the vapor comes from three sources: 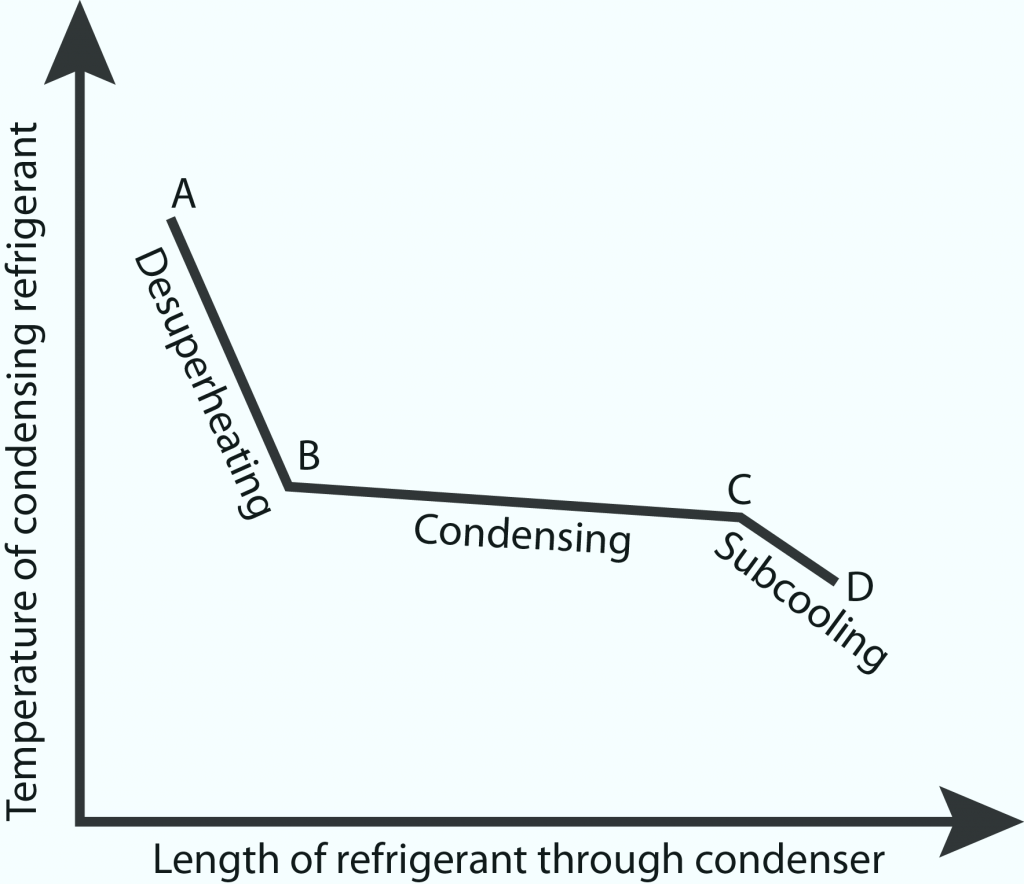 The condenser cools the refrigerant in three stages:

The condenser removes the heat in the vapor in two steps. First, it transfers it to the walls of the condenser tubes. Then, the heat moves from the tubes to the cooling medium. This may be air or water.

In general, the physical characteristics of a condenser are fixed. The basic primary variable is the temperature difference between the refrigerant vapor and the condensing medium.

The source for this article is the Technical Institute Manual One available from the Refrigeration Service Engineers Society online store.    RSES.ORG